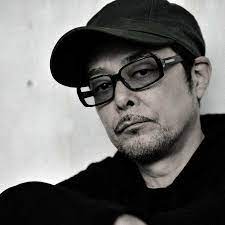 On Friday September 23rd we will have the honor to welcome the most atmospheric dj/producer on the planet for a unique performance on the wonderful terrace of Gazarte!

He released his 1st album in January 1994 and since then has a total of 16 which have reached very high on various charts in and outside of Japan with some of them such as ‘Zen’ being awarded as the best Electronica album 2002 AIFM Awards. In 2004 he edited the soundtrack of the documentary film “Arakimentari” for which he won the audience award at the Brooklyn International Film Festival. With “Jaku” he topped the RPM chart for 3 weeks in America! way that few can achieve.

Dj Krush is the quiet force that combines cross-cultural musical currents, electronic music with hip hop, jazz and Japanese instruments that permeate his productions and take you to unknown exotic places in a special way that few can achieve.

Michalis Hatzigiannis returns to the heart of Athens.