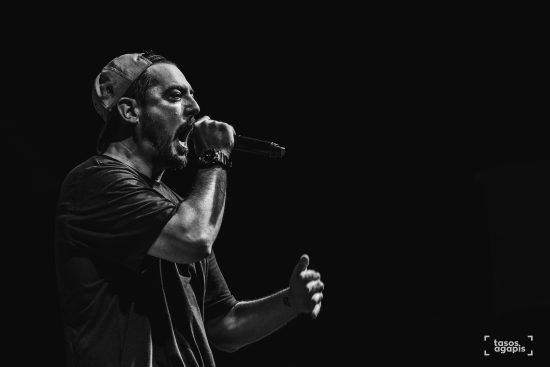 the longest look in short-sighted eyes in apnea “

After 4 triumphant appearances with his band in the summer, TAF LATHOS returns to Gazarte’s Roof Stage on Saturday, December 4, this time with only Dj Micro covering his ears, for one and only appearance he calls “Strictly Rap”.

Another Setlist, another performance, another style.

Because Taf Lathos with his artistic quality can do all the musical routes, either accompanied by 7 people on stage, or by 1. Either he steps on an orchestration for live instruments, or on the Instrumentals.