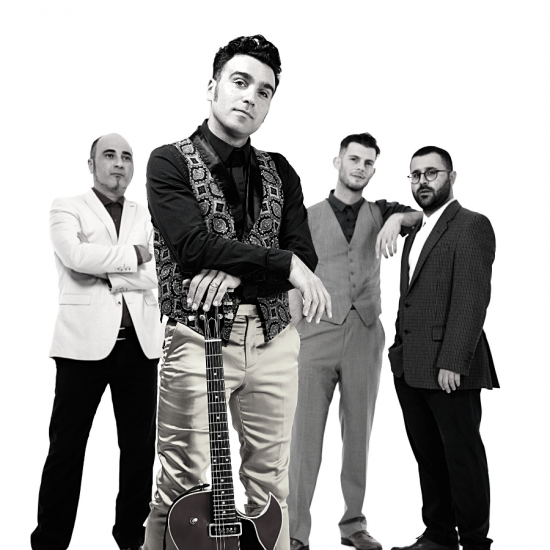 The Swingin ’Cats, the band that makes us happy in a short time, returns on Thursday, November 25, at the Roof Stage of Gazarte, to seduce us with its uplifting mood!

What soundtrack would Iron Maiden have written for Tarantino’s new film? What duet would Elvis have done with Weekend in the 50’s? What if Dua Lipa’s Levitating was a Sun Records hit? How would a Bon Jovi live in 1920 sound in a speakeasy bar? Wanting to answer these questions, they prepared their new music video project entitled “The Swingin ‘Cats & FRIENDS”. Subversive covers of well-known songs in their sound, with a different guest artist per song, all recorded and videotaped at the same time.

They transfer this experience to Gazarte with the first guest, the explosive frontman of 48 Ores, Vangelis Panagopoulos! They will not miss their original songs, which will enter our hearts without a second thought!