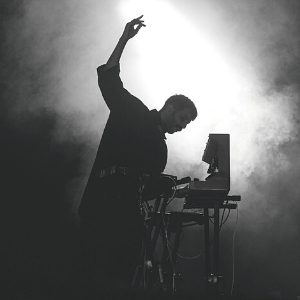 KADEBOSTANY are back at GAZARTE Roof Stage !

Kadebostany is ready to bring its world-shaking empire to the Gazarte Roof Stage once again!

The new live show will showcase an exciting new line-up featuring singers Poseidona and Fang the Great, and a horn section surrounded by modular synth assaults!
This new show features the classic songs that you know and brand music.

Kadebostany’s songs cumulates over 1 billion streams on Youtube, has dominated the charts in over 30 countries, they performed over 500 live shows in more than 25 countries the latest years, and have been praised by international press such as Vice, GQ, Spin, American Songwriter, CNN, Rolling Stone, EDM.com, Run The Trap, Time Out, Marie Claire, and more.

The 2020 Ep “DRAMA – Act 1” announced the new era, and has been followed by the recent hit single “Take Me To The Moon”.

Kadebostany draws a modern vision of pop music, best described by its leader as “sophisticated music with mass appeal”.

A sharing of music and feelings!

A unique performance on the RoofStage.